You've seen me post recently about Ocean, but unfortunately I have never properly introduced her. Ocean is our newest addition to our family, but is the oldest of all our kids, fur and human ;)

It was about two months ago now that Jer and I decided we would start looking into adopting a new chihuahua puppy. I started putting my feelers out there for a decent breeder, not wanting to have the same experience as we did with the breeder (if I dare even give that woman such a title) we purchased Venus from. I didn't have much luck finding a breeder close to us, so I ventured on to Craigslist. Granted that is how we found Venus, but I thought if I posted an ad for a breeder to contact me with info about them, or a professional website they have with info about their pups I would be better off than just contacting random posters with puppies! I specified that we were looking for potential litters being planned for a year or so out, so we could prepare for a spunky little pup again. It was about a week later that I received an email. It was from a breeder, but she was becoming more busy with her family and now attending college, so she was wanting to find new loving homes for some of her breeding females. She sent me some info with pictures and my heart just melted. Ocean is almost six years old, and has had several litters, but she looked young and loved. I called Jer (since he was on the road at the time) and we talked it over, and decided this would be a nice route to go as well, giving a new home to an older darling.

I packed Gabe up in the car and we headed out to meet her. I instantly fell in love! We visited for about five hours, playing with the nine chihuahuas she currently had left, and decided we would take Ocean home and give her a trial for a few days to make sure she would adjust ok and that she would "click" with Venus. Let me tell ya, I had no idea Venus could ever be accepting of anything. One yap out of each of them, and they were off playing like long lost best friends. I wish she would accept Gabe that easily. Two years after we brought him home from the hospital and she still grunts and runs away when he tries to sit by her on the couch lol.

Her first night here had me worried for a while. I started to look her over more and found a bald spot on her side (later to find that it was probably from vaccines) and that all of her teeth were covered in a thick brown tartar and some of them were loose. I started her on PetzLife and started seeing a small improvement right away. Her teeth are looking better, and while we've struggled to find a vet willing to work with us to save as many teeth as possible, we are having her put under to remove the teeth that are too loose this summer. 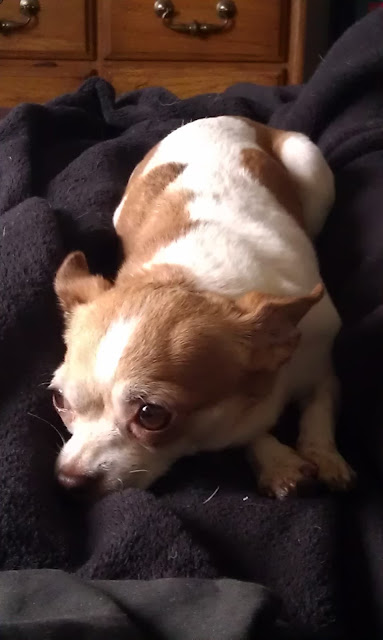 Something else that all of our family has noticed was how much her coat has changed. When we switched her food from what the breeder had her on to what we currently feed Venus, her coat changed from rough and wiry to soft, thick and fluffy. 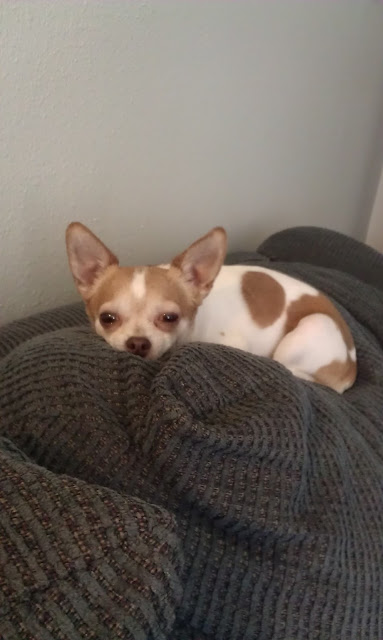 Ocean has fit in with our family very well. After that first worry-some night she warmed up to all of us, and we couldn't imagine our lives without her now. We're so happy to have found her! 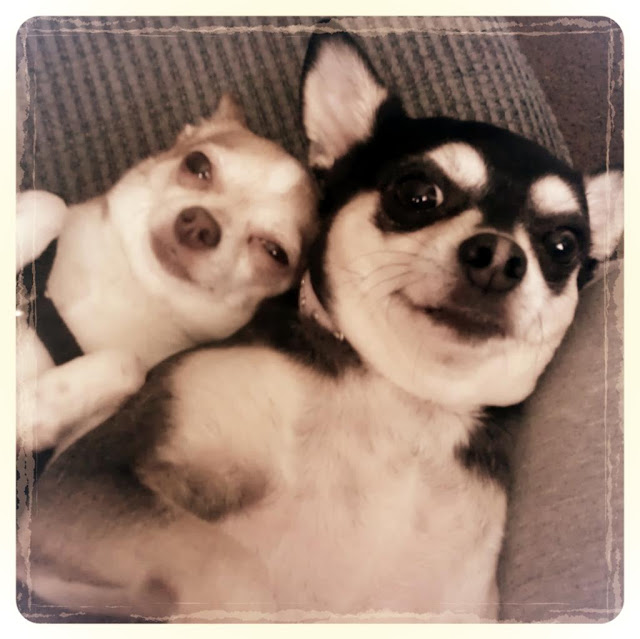 Posted by Samantha Pierce at 6:00 AM

Email ThisBlogThis!Share to TwitterShare to FacebookShare to Pinterest
Labels: dogs